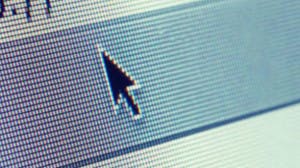 We read this interesting article about Amazon creating a ” Bank of Amazon “.
Here is our take on it.

Amazon gets 50% of revenue from 3rd party resellers.

Visa/MC can only keep charging this tax because of their lock on the marketplace, “all” the credit and debit cards run on their rails.

Who is big enough to take the short term hit to break that lock? – Amazon.

“Buy with the Amazon card and get a 2% cash back on all your Prime purchases”  – or this averaged up to 5% or more with Amazon giveaways, e.g. Discount on Prime, cheaper Echo, Dot, discounts on Amazon own label.

Amazon will take the hit for as long as it needs. It works on 7 year ROI terms. (“If you’re willing to invest on a seven-year time horizon, you’re now competing against a fraction of those people, because very few companies are willing to do that.” Bezos.)

And  Amazon  will have an army of 3rd party resellers working for them as foot soldiers , “Pay me with the Amazon card for all my other stuff I don’t sell via Amazon and get a 2% discount , (partly funded by Amazon), because I won’t have to pay the hated Visa/MC interchange tax.”

A bank of Amazon could wage a war of attrition on Visa/MC for 7 years. The markets won’t mind, they funded Amazon for a decade when it wasn’t making money.

The rough size of the prize would be at least the market caps of Visa and MC.  ($460bn). And this isn’t even thinking about emerging markets that Visa/MC do not serve. And where “interchange free” payments are gigantic.

For restaurants this will mean cheaper credit card processing, but it will also mean the arrival of the Amazon. Whether this means swapping the frying pan of Visa/MC for the fire of a very, very smart player remains to be seen.

Step into Christmas...on the right foot with these restaurant marketing tips.

At simpleERB, we are starting to feel the Christmas spirit creep in as we have already received support queries looking for advice on how to best set up Christmas promotion bookings such as; festive menus, afternoon teas and party nights. After the hospitality industry lost the past two Christmas trades...
Chelsea
October 14, 2022

simpleERB has recently had some feature updates and small bug fixes. Please see these outlined below.
Chelsea
November 30, 2021

With Beer Gardens already sold out for months across the UK, should restaurants be taking deposits for post lockdown bookings?

With Boris Johnston announcing plans to reopen the hospitality industry from April 12th, customers are keen to make up for the lost time. Many beer gardens claim they are sold out for months, with some pubs and restaurants claiming they are booked out until Autumn. Some restaurants are reportedly facing...
Chelsea
March 15, 2021
Free to get started