The end of waiting staff? New L.A. restaurant has chefs serving the food

Good restaurant service is an art. In fact, it has even been compared to theatre. Just ask Lady Gaga who worked as a waitress in New York before she hit the big time. “I was really good at it,” she told Elle magazine. “I always got big tips. I told everybody stories, and for customers on dates, I kept it romantic. It’s kind of like performing.”
The art of restaurant service isn’t simply placing a plate of food in front of a diner and clearing it up when it’s finished. It involves creating ambience, judging the needs of the diner and adapting the approach respectively. As any restaurateur knows, waiting staff play a pivotal role in the success of a restaurant and require a different, but no less valued, skill set than the chefs. 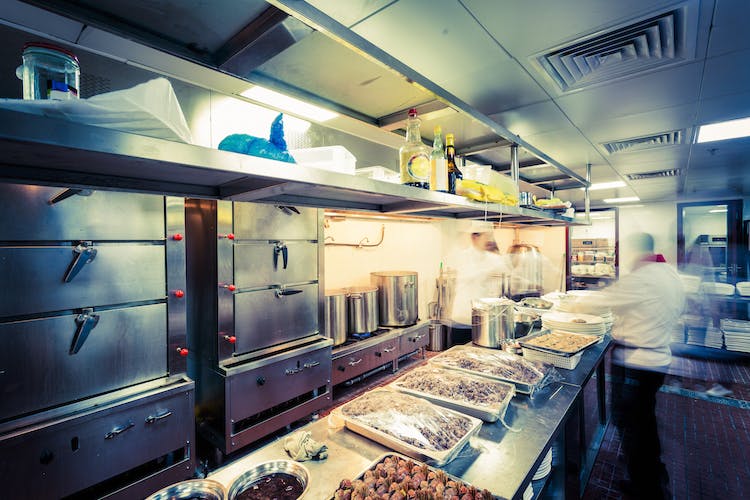 So when Chef Phillip Frankland Lee of Top Chef fame announced he was removing waiting staff altogether from his LA restaurant Scratch Bar & Kitchen, it’s no surprise the industry sat up and noticed. Diners won’t be collected the food from the kitchen themselves. Instead the chefs will perform double duty, serving their dishes at counter directly in front of the seated guests in the style of a sushi bar.
There will also be tables for diners who don’t want to sit at the counter, where kitchen employees will take turns seating guests, running food and being bartender.
Such a bold policy was implemented as Lee wanted diners to have direct contact with the people who know the menu best.
“I hate it when I go to a restaurant and someone takes my order and they don’t know the menu,” he explained. “I wanted to have a situation where the only guy you’re talking to is someone in the kitchen cooking.”
He also wants chefs to gain experience in the running of the restaurant instead of being stuck in the kitchen.

The second big implementation in the new Scratch Bar & Kitchen? Following recent news in the restaurant industry this one isn’t such a surprise. No tips.
Instead, the restaurant will apply an 18-percent service charge that will be distributed to the kitchen staff and allow Lee to pay a decent salary, rather than minimum wage.
“This is a team sport and it’s not two teams. It’s not front of the house versus back of the house. It’s one cohesive unit,” Lee observes. “Those guys should all make money and they should all share whatever the guest wants to give them.”

What do you think? Do you think Lee’s decision signals the end of waiting staff? Would you consider having your chefs serve in your restaurant? Leave your thoughts below.