So you want to open a second restaurant? Good for you. Your current restaurant is a roaring success, customers are queuing to get in and you’re the critics’ darling. All you need to do now is duplicate what made you successful, sit back with your feet on a desk, and count the pennies. 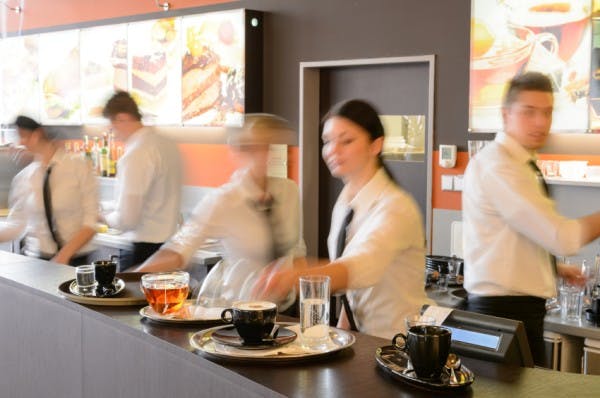 Not so fast. As CEO of The Krystal Company restaurant group Fred Exum said: “I tell franchisees all the time, you have to understand that when you build a second restaurant it’s not just a doubling of your job. It’s about a 110 percent increase of your job.” Going from one restaurant to two is not a decision to be taken lightly and below we explain the three most important things to consider.

Can your first restaurant be run without you?

When New York restaurateur Galen Zamarra opened his first restaurant, no decision was made without his involvement. “I cooked, butchered, made sauces, hired staff, received goods, went to markets, ordered, and served as bookkeeper,” he said. Many restaurateurs/chefs/managers/bookkeepers reading this will be nodding in recognition. Owning your own restaurant is like having a child, and many restaurateurs are reluctant to leave their child in the care of someone else.
When opening a second restaurant, delegation becomes a necessity. Even if your second restaurant is very close to the first one and you can run from place to place, you can only spend 50% of your time in each unit. Opening a second restaurant forces you to become more dependent on others.
Ronnie Somerville, ceo of simpleERB suggests a trial run to see if your first restaurant can run without you. “Before you open your second restaurant, “pretend” you already have. Delegate, and see what happens. It doesn’t matter what you do. Go to the beach. Work on your tax returns, whatever. Just let go and see what happens.Do things fall apart? Or does the guy/gal you left in charge rise to the occasion?”

“A more professional way of doing this is to buy one of those , “How to franchise your own business books. You won’t be doing that but it will a) be a great checklist and b) be a great eyeopener.”

Tyler Florence, the Food Network chef who owns two restaurants in California said expanding means most chefs do “less cooking and more managing. Finding someone who can cook as good as you and then training staff,” adding that ultimately, opening a successful second business is about “commitment and having a leadership team in place.”
Since opening a second location is actually more like starting up an entirely new business, Mark Loos, consultant at Consulting Services Methodology in Laguna Hills, California believes it’s important that the owner is present during the early stages of the second location to help it launch.
“It’s more beneficial to be at the new location because you want to start to identify what the challenges are early on, and if you can spot those, then you can take action to correct those,” Loos says. “Having the new owner there really instills a sense that there’s some importance for the success of that second location, and I think the new employees there also feel that as well.”
Randy Moon, consultant and co-owner at RMoon Consulting, agrees. “Nobody’s going to care about that new business like you,” he said. “You’re not going to be making money [at the second location] for the first six or seven months, and to entrust anybody to have the desire and drive that you have to make it successful, I think, is much riskier.”

Do you have the capital?

There’s no two ways about it, opening a second restaurant requires money. How much money depends on the size and style of your restaurant, but you will need capital in place. Make sure all of your finances from your current restaurant are in order and that you have a good credit rating if you’re taking out a loan.
To fully outfit your restaurant, you are looking at purchasing or leasing the building, kitchen equipment, tables and chairs, office supplies, host stands, decorations, lighting, and much more so that you can get your restaurant ready for business. If you don’t feel like you have the time or know how to find this cash, you might consider hiring a financial or food service industry consultant to help you organise your budget and find the necessary money.
Fred Exum said capital is the “number one” thing to consider when opening a second restaurant. “I think: How stable are my payables; are my controllables predictable at this point; is my cash flow adequate; and, if the worst scenario happened, how long could I survive with my current cash flow? If I build a stinker, how am I going to fund this?”

Where should your second restaurant be?

The location of your second restaurant is an important factor to consider. If your restaurant tables are full every night, your first thought may be to open your second a few blocks away to handle the overflow. However, this may limit your customer pool and you might find there aren’t enough people to fill both locations every day.
If you’re considering an area elsewhere, research it properly. Spend time in it to garner an understanding of its inhabitants and activity. Find out how many households per restaurant are in the area. Are there restaurants similar to yours in the area? Are they doing well? If you want to open a second pizzeria but there are already three on the block, you’d maybe find more success choosing another location. On the other hand, if you are considering opening a pizzeria in a busy downtown area, and you observe that the other pizza restaurants are full to capacity during the lunch hour, it might be a good area for your restaurant.
The location of your second restaurant has a huge affect on the clientele, even if every other feature is the same as the first. Consider who your new customers are and what they want. Are they families? Couples? Professionals? What time are they dining? How long will they spend in your restaurant? How much money do they have to spend? Don’t make the mistake of duplicating your first restaurant in a different location and expecting the same result.

Opening a second restaurant is not a decision to be taken lightly. Just because your first businesses was a smooth success doesn’t mean your second one will be. As Freud Exum said “Many times, franchisees build that second one thinking, “This first one was easy; the second one is going to be just as easy.” They lose sight of all the really hard work that goes into it. They are doubling their profit potential, but they are also doubling their problem potential.”

simpleERB can help manage the difficulties of opening a second restaurant by providing you with a database of your current diners so you have a ready made audience to target with your marketing campaigns for your new project. And once you’re up and running, you can easily organise information from both your restaurants on one screen

If you can get through the challenges of expanding for the first time, the good news is, you’ve got past the biggest hurdle. According to Exum: “Opening a third restaurant is a whole lot easier than opening a second. By that time, you’ve already learned the lessons. Instead of doubling your problems, they’ve only gone up by a third. Nothing is new at this point.”

Step into Christmas...on the right foot with these restaurant marketing tips.

At simpleERB, we are starting to feel the Christmas spirit creep in as we have already received support queries looking for advice on how to best set up Christmas promotion bookings such as; festive menus, afternoon teas and party nights. After the hospitality industry lost the past two Christmas trades...
Chelsea
October 14, 2022

Are you ready for Christmas?

With the festive season only two months away and this being the first Christmas since lockdowns and all restrictions ended, now is the time to start planning and making booking policy changes to increase and secure your revenue.Are you going to take payment in advance for your set festive menus?Will...
Chelsea
October 5, 2022

With Beer Gardens already sold out for months across the UK, should restaurants be taking deposits for post lockdown bookings?

With Boris Johnston announcing plans to reopen the hospitality industry from April 12th, customers are keen to make up for the lost time. Many beer gardens claim they are sold out for months, with some pubs and restaurants claiming they are booked out until Autumn. Some restaurants are reportedly facing...
Chelsea
March 15, 2021
Free to get started